We are now offering Dealer accounts, must have a valid business license, apply today!! This description has been pulled directly from Ghozt's website to ensure nothing is lost in translation.

BlueGhozt is our smartphone-controlled LED controller. It is controlled via iOS and Android devices via Bluetooth and works with ws2811, ws2812b, SK6812, and similar (Neoprism/Neopixel) addressable LEDs. It supports both RGB and RGBW types of neopixels. Works with both 5V or 12V versions of addressable LEDs. It provides similar animation capabilities as our original Ghozt modules only with neopixels instead of traditional LEDs!

BlueGhozt LITE and PLUS are identical technically in every way except that the LITE does not have 4 +12V power switches for controlling 12v accessories.

BlueGhozt now comes with screw terminals for inputs AND outputs! JST connectors are included which plug and play with many off-the-shelf addressable RGB LED kits. 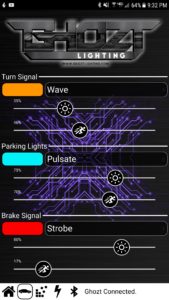 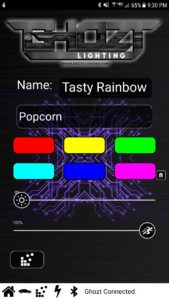 Minimal experience with retrofitting, soldering, and working with LEDs/resistors recommended. Headlight/taillight in most cases must be opened to gain direct access to install LEDs. LEDs, headlights, or taillights are all sold separately. 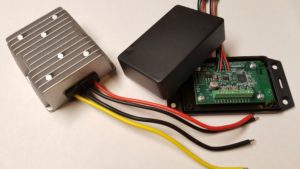 GET YOUR ANGRY EYES NOW Wanna add a little mischief to your next build? We have somthing to help with that. Our new angry eye halos can be oriented in tons of different ways to create the look that fits your ride best. These were designed around the typical 2.5 and 3" projectors so they will fit like a glove on shrouds from the gatlin to the turbine and plenty in between. get yours today.